More often than not, online resources about thought leadership focus more on how it is defined and the steps to take towards achieving it.

Indeed, the internet is full of lists enumerating the best practices and techniques in building credibility and thought leadership (such as the one I wrote about using social media platforms as tools in such endeavors).

Unfortunately, it’s also very easy to fall prey to the “don’ts” of thought leadership — the actions that you think are helping your brand, but are actually hurting it. If you want to take the next step towards becoming a thought leader, but aren’t sure about how to proceed, check out this list of the most common mistakes that people aiming to establish themselves as thought leaders tend to commit.

1. Not daring to innovate or come up with brand-new solutions.

Like it or not, becoming a thought leader means putting forth new ideas, and not just reaffirming and reinforcing existing ones. If you’re just going to parrot ideas that other people have already established and championed, there wouldn’t be much about you that would set you apart from every other thought leader out there.

2. Not sharing fresh and original ideas out of shyness or the fear of being embarrassed.

Sometimes, it’s not that you aren’t able to come up with your own take on things — it’s just that you’re too embarrassed to stand up for your original idea, or afraid that someone would rise to challenge you or point out any flaws in your logic.

Remember that you won’t really achieve anything if you just stick to treading the same old ground. Don’t be scared to share your ideas — put the “leader” in “thought leader.”

3. Failing to do proper research prior to selecting appropriate target markets or putting forth new ideas and strategies.

Even if you have groundbreaking ideas and useful nuggets of wisdom to dispense, they won’t help anybody if you’re not reaching the right crowd, or if you aren’t able to provide a solid basis for your opinions.

Make sure to do your research properly! Additionally, do everything you can to keep an open line of communication with your target market.

4. Pretending to “know everything.”

A surprising number of people think that thought leadership means knowing all the answers all the time. Unfortunately, this leads to some aspiring thought leaders spouting made-up facts or refusing to admit that they don’t actually know much about the topic.

Never hesitate to look up the answer if you’re not sure, and don’t make any dangerous claims (especially if you don’t have the evidence to back it up).

5. Believing that only “original” ideas are worth sharing, and thus ending up not sharing any ideas at all.

Still, don’t feel guilty for not coming up with a 100% original idea. Thought leadership also means recognizing what works and what doesn’t, and figuring out how to make what’s good even better.

As long as you give credit where credit is due (i.e. recognize the people who influenced your way of thinking and outlook on solving problems), there’s nothing inherently wrong with building upon good ideas that you’re sure you can improve further.

Another thing to bear in mind is that simply churning out quality content isn’t enough to propel your thought leadership career to the skies. You also need to interact with your audience — why else would you be on social media, but to communicate with society?

Show your audience that you care and that you’re willing to help them out with whatever troubles them. Be human and relatable, and you’ll find it much easier to grow and nurture your following.

Some aspiring thought leaders seem to think it’s all about the gimmicks — inventing new buzzwords, creating complicated infographics and charts that end up confusing the reader instead of helping them, and so on.

Let’s try to avoid that. Remember: in thought leadership and social media, substance should come before style.

8. Focusing too much on vanity metrics.

I know it’s great to see your social media pages getting swamped with likes, shares, and follower requests. However, this isn’t and shouldn’t be the ultimate goal for what it is you’re really striking out to do.

Even if you have hundreds of thousands of people following you, if your meaningful content doesn’t appeal to them, you can be sure that I won’t be able to get along with most people.

9. Jumping on the tech bandwagon just because.

It’s one thing to upgrade to a new piece of technology, whether it’s a cellphone, a laptop, or a desktop computer. However, it’s an entirely different matter if you find out that a ludicrous amount of money was spent on a gadget that comes with the risk of alienating your loyal fanbase with unfamiliar tech.

A word of advice: if you don’t need to post about it (or don’t want to hear your followers complaining about it), then don’t upgrade.

Have you ever heard someone say, “You can have too much of a good thing!” For example you can’t eat too much or too little. Both practices are bad for you. You need to strike a balance.

So, how can you express your ideas and develop a following if you don’t have enough content to support your claims and help you build a good reputation?

Similarly, how can you make your audience warm up to you and see you as a trustworthy figure if you’re publishing too much and looking spammy?

Now that you’re aware of what you shouldn’t be doing when you’re trying to build thought leadership on social media, it’s time to pay attention to the other side of the coin, too! 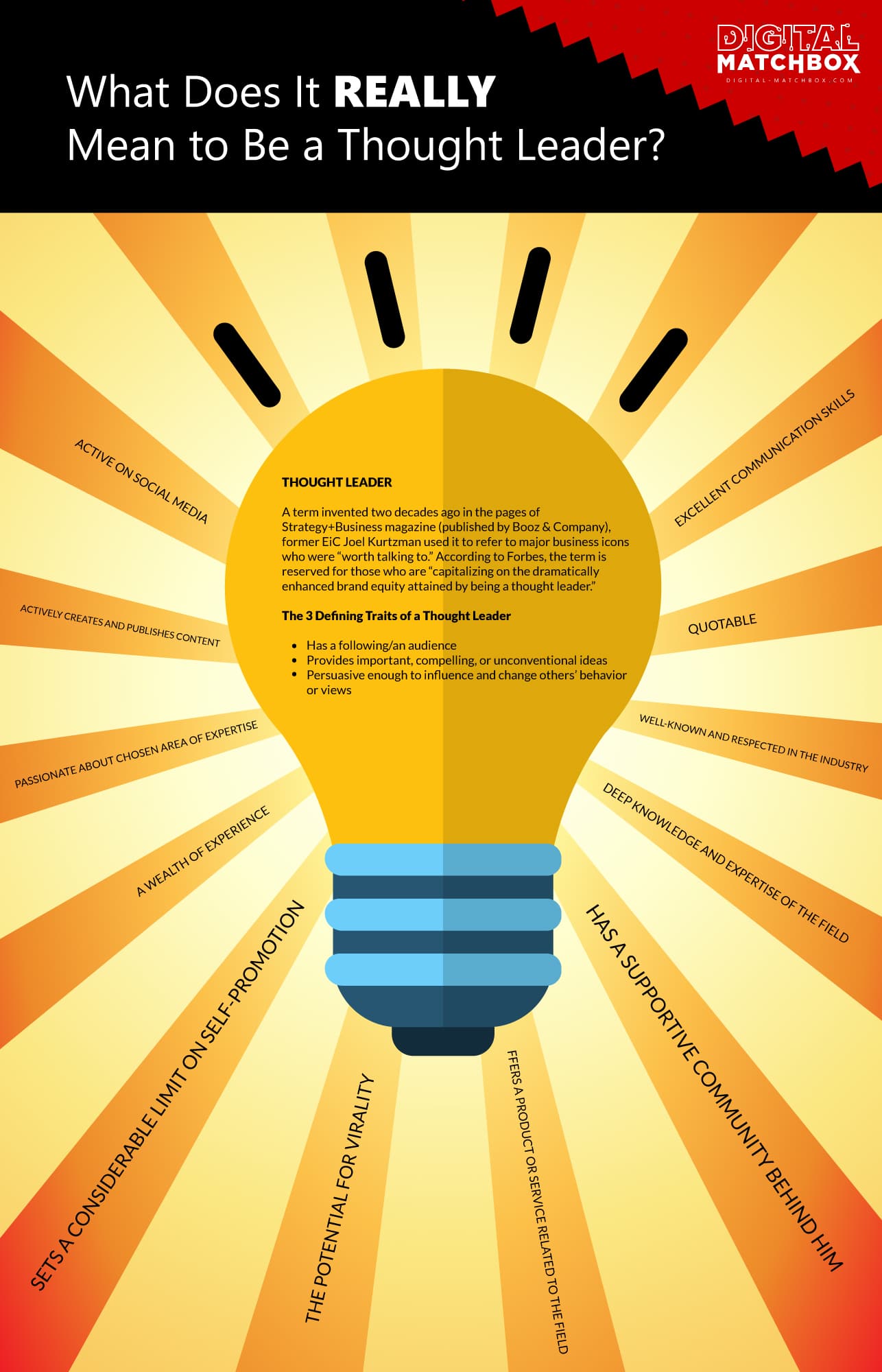 Liz Azyan is interested in the ways new kinds of social data and technology introduce challenges and opportunities to society. Get involved with Liz’s latest project here.